Last month we received notice of yet another bicycle chainring patent award for previous design and engineering.  Of course these patents take a long time, usually years to process, and this one is no exception. Most of this work was 5 or 6 years ago, but the technology developed into these rings is still the best shifting available.

More important, they shift in conditions that other manufacturers said would never work.  But it does it, and often better than the best available by these nay-sayers.  Which brings me to write about the bicycle industry effect with front shifting.  To me, it’s one of those conditions when popular opinion overshadows cognitive thinking. 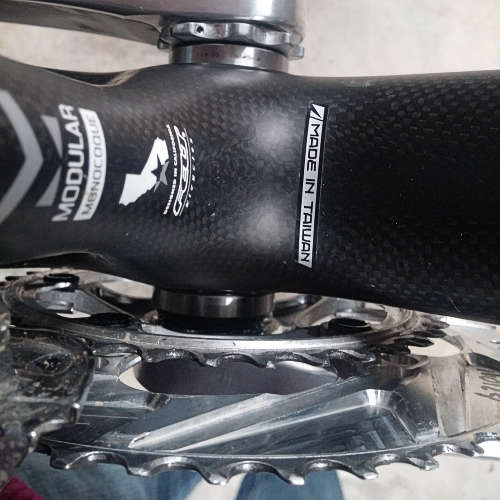 There is an argument in the bicycle industry that front shifting is a thing of the past — especially with mountain bikes.  That is mostly the case if you look at bicycles available and components sold.  And that really highlights the reasons why.

This bicycle chainring patent award is for shifting front rings.  We began our work because front shifting was one of the least developed and most troublesome areas of the bike.  In fact, some companies, like SRAM for instance, struggled to even achieve consistent good shifts.  A few years ago when SRAM made the big push to 1X (pronounced “one-by”), it was largely because they just couldn’t make a reliable front shifting system, and they needed a bail-out path.  They needed a business solution through engineering design, but settled for the lower step of just convincing the public they didn’t want good shifts.

On the other side, our work addressed the issues straight on.  We looked hard at the current paradigms and realized there were indeed better ways.  (One of those is NOT making rear cogs bigger than front rings ever were — speaking of mountain bikes.)  Anyway, our work produced a much better shifting system that could be used with most existing front derailleurs.  Yes, that’s a bold claim, but look at the results.  Many world cup wins, lots of national champions, far better shifting by anyone willing to give it a try, and most of all, shifting in ways and in places where almost all other systems fail.

Bring On The Bicycle Chainring Patent

So, is the front ring shifting technology past it’s time?  Hard to say.  Certainly the company that we developed the technology for doesn’t promote it, so it’s largely unheard of.  Also, bicycle manufacturers prefer to design and build without front rings — makes their job easier, costs them less, and they charge you more.  That works for them.  Finally, the population has eaten the exaggerations of the 1X benefit hook, line, and sinker.  (Even though 1X was around far before 2x or 3x and there were good reasons for the changes.)

Funny, however, because the patent vultures keep calling because they want a piece of the action.  (Not that they even know or understand it.)

What Of The Patent Award? 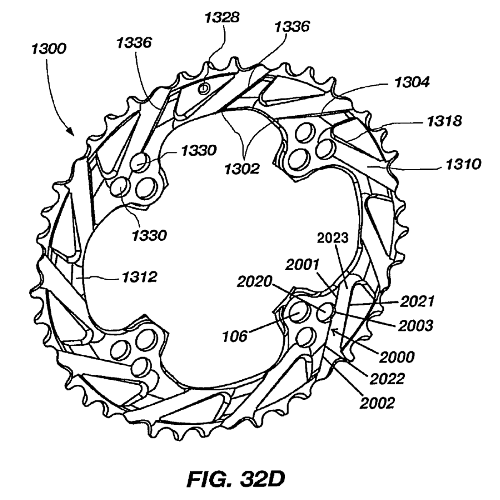 This post really seems quite negative compared to our normal voice.  I’m sorry.  It’s a strange situation to have a new Patent for something that probably won’t go much further — especially when the technology is so awesome.  It’s in part because of the company that produces the chainrings, and partly because changes in the industry due to failure of other manufacturers to develop better shifting.  In fairness, Shimano has some good performance with front shifting.  I think if all front shifting was like it, then SRAM would not have had such success turning almost the entire industry with their massive amounts of advertising.

I’m not saying 1X is bad — not at all.  I have multiple 1X bikes and they are great for the purpose, but they don’t do all the jobs.  There is a need for options in a lot of situations — even if the industry chooses to ignore them at the moment.  Oh well.  When the industry is ready, the technology of this bicycle chainring patent is waiting.  In the meantime, awesome front shifting is here now with this patent for road bikes (and multi-ring mountain bikes).

And, some of the Road Bike applications are really worth talking about. 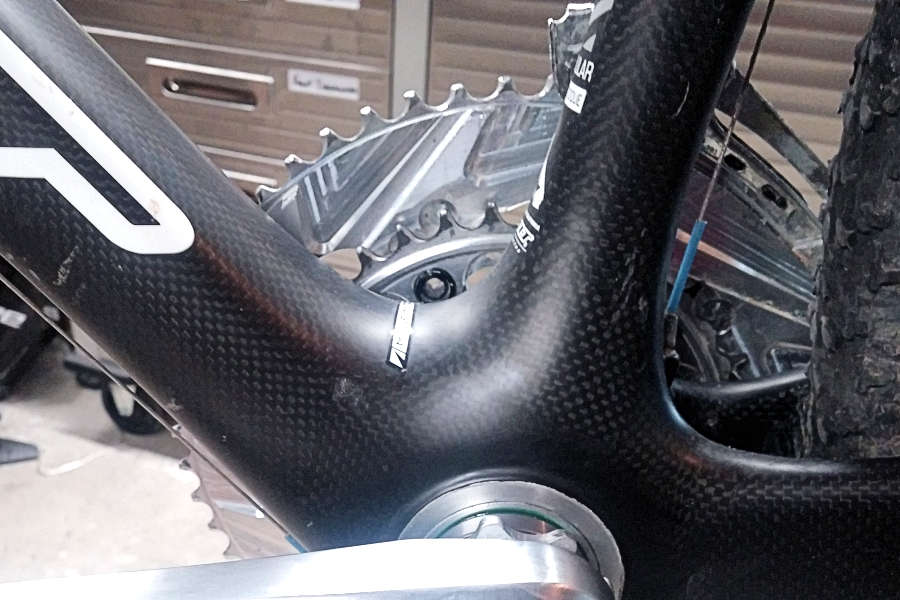 As mentioned, one of the big benefits of the shift technology of this bicycle chainring patent is the ability to do what others cannot.  That is so very evident in our accomplishments with the wide ratio road bike chainrings. 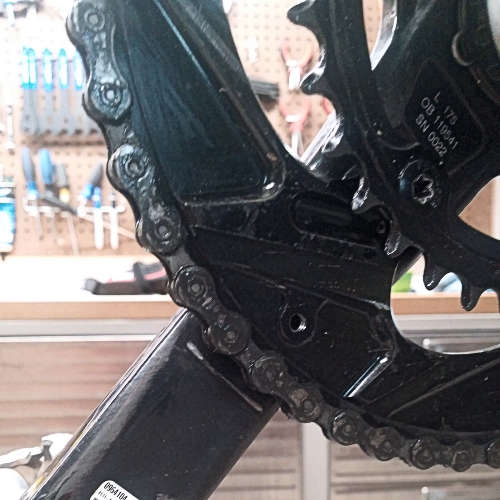 A lot of riders like the 53 tooth chainring for speed.  A lot of riders like a 34 tooth small ring for steep climbs.  Many of riders are in both groups, so we designed a 53/34 chainring set.  OK, it’s not just patching the two together, it’s a specific deign for superior shifting over a 16 tooth span.  It’s something a couple of Shimano engineers told me couldn’t be done.  Well, we did it, and I’d argue that it shifts every bit as good as their best road rings.

The images here show that wide ratio (some in prototype), and it’s a bunch lighter than an obnoxious size rear cassette with massive cogs.

The new patent is US 10711875 B2.  It’s one more in the series of patents that cover this excellent shifting technology.

There is so much more to this technology, and I wrote extensively about it on the WickWerks website.  If you want to try the technology, it’s there to purchase.

Good luck with all your cycling!

Why Do We Make Prototypes? How Do You Deliver Quality?

Vultures in the Patent World

You’ve seen them — industries that feed on the success or misfortune of others.  “Ambulance Chasers” are probably the most famous, but it’s in the patent world as well.

We received word last month that the “Bicycle Carrier Maintenance Stand” patent is coming.  Great to see it now with a new utility patent award and recognition.