How Do You Solve Disputes?

I received a threatening letter the other day that made me laugh.  However, after the laughter died down I started to ponder how we as a society, and especially in business, solve disputes.  In this case it’s a one-sided dispute, as I don’t yet know what’s going on.  It points out, however, how a poorly written letter with threats and false accusations can make someone feel angry enough to poke back with the same venomous stick.  I suppose it’s natural, but it got me pondering some really important questions:

I’ll use my situation to illustrate — even though I don’t like the exposed way it feels.  And, it won’t help solve any disputes — if they exist. 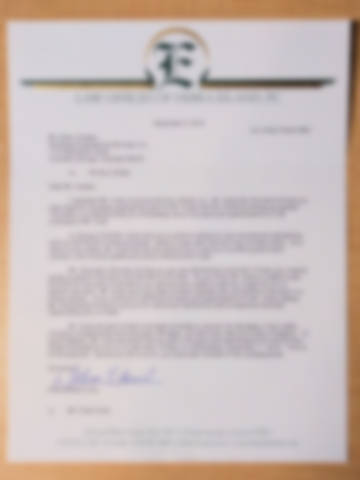 The letter starts well enough by giving some history and attempting to state a purpose.  The next paragraph begins a rant with a humorous stretch to interconnect events trying to justify the purpose.  The remainder of the letter is a continuation of the rant (and humor), including legal threats loosely supported by blatantly false accusations.

I’ll admit it, I really did laugh out loud.  Then, I looked to see if it’s from a real attorney — because it’s so bad I honestly thought it was a joke.  I dug a little and found it is not only from an attorney, it’s from someone who holds prominent positions!  Someone you’d certainly expect to know better.  Hard to believe something so incomplete and based on false elements comes from someone that’s supposed to be an example of professionalism.

Interestingly, the letter does not specify what I must do.  I’m to return something, but it doesn’t say what.  Perhaps they got so caught up in the frenzy of threat and false accusation that they forgot to say what they need?  How does that solve disputes?  (A serious point of amateurism IMHO).

The names don’t matter here because I want to focus on the bigger questions about how we choose to solve disputes.  Again, the recent events are just the stimulus for this conversation.  Please take a minute to add your comments below.

Here’s a deeper look at the questions above, one by one.

The complainant is a customer of almost 20 years.  He apparently believes I didn’t return something.  The letter with all its threats and accusations is demanding that I return it.  So, from above, Question 1, Why do we avoid a nice approach to resolution?  What’s wrong with being nice?

In this case, I don’t know what is missing — the letter is not specific and does not say.  If he will simply ask, I would certainly help him find it.  (Oh, and so that I’m not a hypocrite, I did attempt to solve the dispute by twice sending emails asking.)

And, the related Question 2.  Why do we allow ourselves — in the emotion — to distort the truth?  Is it only to justify our position?  Or maybe it’s because we don’t want to accept something that’s happened.  How come we’re sometimes willing to sacrifice our integrity for a jab?

( This attorney lost my respect, and the customer lost any further good will.  Some other attorneys now also think less of her now.  All this because of fabricated accusations — and for what? )

I have contemplated this a long time wondering.  How long did he stew about this to get angry enough to enlist an attorney?  Why did he feel uncomfortable just calling?  After 20 years of working together, it blows my mind.  Yet, I suppose it also says something about me.  Maybe I’m not as friendly or as approachable as I think?  If you know me and have input on the topic, please come talk to me.  I want to improve.

How come attorneys will so easily succumb to the venom of their clients, then propagate the contention?  This has some obvious answers, and if those are correct, it reveals some very disturbing implications about our society.  Why would an attorney carry that venom to a letter and tarnish their own image by making threats based on fiction? 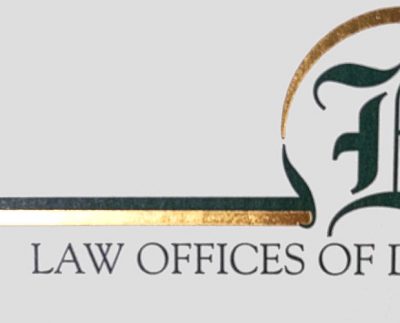 If the attorney was “serving” their customer — really serving the customer — they would start by picking up the phone to call and see what’s up?  If she had called me, I would have immediately done my best to find whatever it is.  Do attorney’s feel they have to create WW-III to validate their existence?  Is it ego?  Or is there something deeper?  Wouldn’t the client be much better off, if the attorney can solve disputes without propagating animosity?

If the attorney can’t be the cool head to help sort things out, who will?

The obvious dark side says the attorney just wants money.  If the client is emotional, it’s easier to extract more money.  If the attorney can also get the other side angry, then it means more of a battle and even more money.  Does it actually mean they have no interest to solve disputes?  It’s like vampires sucking blood from our communities for the sake of their Porsche.  (Or Lexus, or whatever.)

Have attorneys really become so degraded?  Do we, and the rest of our society, want that aura to persist?  What can we do about it?  If only for starters, we can go back to Question 1 and start with being nice.

The Fourth Question is the bigger picture.  Why do we put up with such childish behavior from people who are really bright and well educated?   If someone walked into a restaurant and yelled and threatened saying the same false things as in the letter, we’d all be shocked, then call for security to throw them out.  . . . .  If our kids told the same lies with similar threats at school, they’d probably get suspended.  SO . . . Why do we put up with it from attorneys?

Attorneys are supposed to be role models that stand up for truth and justice.  Yet, there is no justice in flagrantly spewing falsities.  Or maybe I’m in a fantasy land?

Maybe we put up with it because they are really bright and well educated?  Is that our blind eye?  What does that say about us?

I’m speaking out because I don’t want to be that person looking the other way.

I don’t have much more to say on this, because it’s confusing.  It’s a big question with deep ramifications.  Personally, I think such actions should receive harsh penalties — especially when those perpetrating the contention are licensed professionals.  I completely agree that attorneys have a place, yet they must be the cooler minds.  Water, not gasoline.  The problem comes when those same people follow their egos and greedy desires — forgetting that they have something to represent, and they are role models.

We won’t solve this here.  However, as with most problems, if we start at the bottom with a reminder to all those responsible to help solve disputes — whether an attorney or someone else — maybe, just maybe, change will happen.

How Do You Solve Disputes?

In life, as well as in business, misunderstandings will happen.  There are simple missteps and misunderstandings, then, on occasion, people will make really wrong choices that intentionally cause contention.  We obviously don’t want to be on the receiving end of those, but when you feel wronged, how do you respond?  Hopefully, after reading this article, you’ll take a step back and try the ‘Nice’ approach first.  It won’t always work, but it’s worth trying.

It is the greater person that will respond with kindness in the face of animosity.

That’s a pretty tall order, and I don’t always measure up, but I’m trying.  Perhaps you will as well?

Sure, there is plenty of reason for attorneys when the ‘nice’ measures don’t work.  But, if you find yourself in such a position, ask yourself what your integrity is worth before distorting facts.  Dishonesty is a big problem in solving disputes, just don’t go there.  Your personal value is worth far more if your integrity is intact.

If you’re an attorney, find the high ground.  Just because someone wants to pay you, doesn’t mean you should go down the shady road.  Learn before you scream.  This attorney lost credibility with me and all the others I’ve shared this with.  I don’t know what that’s worth in dollars, but my guess is she was not paid enough.  Unless you are a slime-ball, it’s just not worth going there.

After 2 contact attempts trying to learn what to return, they have gone quiet.  They won’t respond.  Either they found what they thought I kept (and are to embarrassed to apologize).  Or they decided since I am more than willing to help, then a fight isn’t going to be any fun (or make the attorney any money).  Perhaps the attorney realized it was silly (because she’s lacking substance to stand on)?  Or more likely they are planning the next step into the propagation of further contention and false accusation.  (If so, it’s such a waste.  Just pick up the phone or respond to my email.)

I’ll have to update this article as things work through.  Right now it’s bewilderment at what would cause this vile release.  Perhaps the worst is that this attorney will send such a letter without following up to see what’s true, what’s exaggeration, and what’s just totally false.  It is obviously not going to solve disputes.  It’s the kind of action we make attorney jokes about, and it’s sad.

I know this is not an engineering topic, but just like the article on Stopping Gun Violence, it’s a society question we need to answer.  We’re all part of the society we live in, and we all need to participate in the discussions.  Please share your opinions in the comments below.  Thank you.

For Synthesis Engineering and Mechanical Elements Please note the following identifier — SYN ENGRNG & ME PLANS — (and those similar) may appear on your credit card statement if you have transactions with Synthesis  OR with our DIY feature, MechanicalElements.com for plans sales.