Beginning as a startup in the Bicycle Industry, Synthesis helped this customer grow to World Cup Winning performance, Tour de France debuts, and many patents.  This is a story of Full Service Engineering.

The customer, WickWerks LLC, had some good ideas for higher performing cycling components.  They had prototypes and were selling very small volumes of beta-level chainrings.  When we first met, the owner was struggling with several details keeping them from a production level product.  They needed engineering assistance, and they needed product development experience. Enter Synthesis.

A few months after starting the contract, we produced a first generation of ‘production like’ prototypes.  These 10 alpha’s were given to skilled cyclists to test — including previous National Champions (2) and several professionals.  The plan was to ride them for a week, then gather them back to evaluate wear patterns and function.  It all went well, except for 2 athletes: Katie Compton, a multi-National Champion, was reluctant at first, but after a week of riding, didn’t want to give them back.  The other rider expressed similar feelings.  At this point I knew we had something.

Fast forward through the prototype levels and other testing … and Synthesis successfully helped launched production.  This put WickWerks on the map, and they began selling chainrings.

The Full Service portion of the story begins here.  The original contract included engineering and design.  However, the project pretty quickly expanded to include prototyping, then testing and evaluation.  Not a problem, we do that kind of thing all the time. 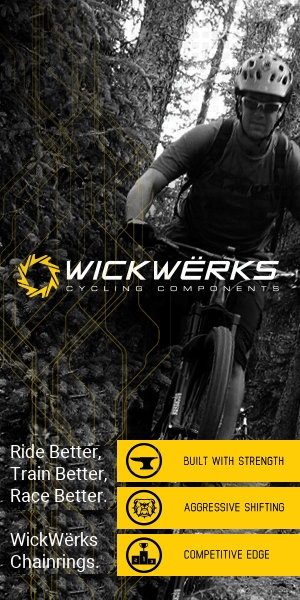 Once the designs were complete, we found WickWerks did not have a manufacturing source, nor did they have experience, so Synthesis found and qualified sources (like machining, anodizing, and laser etch).  Along the way, we also managed negotiations and all the production hurdles.  We even designed the fixtures and production tools for the unique tasks.  Again, something we’ve done many times, so we were happy to help.

With time, we designed many chainring sizes for various configurations — for mountain biking, road riding, and for cyclocross.  These designs fit various cranksets including 3x, 2x and 1x, and improve performance for all.  The designs were done by Synthesis, and at first, we also created the prototypes.  Soon the need for prototyping caused WickWerks to purchase a CNC and bring in their machinist.  The ability to turn around prototypes quickly was a boon to our effort.  (The machinist is awesome.)

In the meantime, it became apparent that WickWerks did not have the skills or resources to effectively sell the chainrings.  They had a website that looked good, but lacked functionality.  So, with somewhat limited skill, Synthesis gradually took over the website and marketing too.  It was not a lack of preparation for WickWerks, more like organizational hiccups to prompt this.  So, to assist the owner, so we did what we could with the website.  Though marketing and sales are not engineering skills, we did OK — almost doubling sales each year that we did the marketing.

And, of course, the engineering side snuck into the marketing.  It’s in the cool promotion like this racing feature fans love.

As demand rose, we were asked to set up manufacturing in Taiwan.  That is daunting for any organization, but with our connections and experience, we were able to accomplish it.  I say we, but it was more than just Synthesis.  Our friends in Taiwan really helped in making it happen.

Creativity was in it from the start, because it’s A Best Business Strategy.  The ramp technology that makes the chainrings famous was started by WickWerks, and perfected at Synthesis.  Each product we designed also includes the new technology which makes them uniquely WickWerks (it’s the Synthesis signature).

We did a lot of things that other people said wouldn’t work.  We produced chainrings that shift in nasty conditions where others won’t.  The Road Bike Ultra Wide shattered the rules Shimano said for years — and it outperforms the best Shimano in almost every way.  The success is not by accident.

Another Synthesis invention, The Juniors Solution broke ground for young riders that have been largely ignored by the bicycle industry.  It gives a much improved race setup which is lighter, shifts better, and is easier to retrofit onto a new bike.

A creative new Dual Side Chain Watcher was invented at Synthesis, then first publicly used at the Tour de France, 2016, by the LOTTO NL – JUMBO (TLJ) team.  The product immediately sold out, (but they have more now).

From the WickWerks perspective, the big benefits in working with Synthesis are:

If you’d like to see a portion of what Synthesis was able to accomplish at WickWerks, look at their website.  We built the site, wrote almost all the content on it, designed & developed all of their products, made the videos, made most of the images, etc..  This is truly the Full Service Engineering Case Study.

For all of this, and more, we say Thank You!

It’s good to look back and analyze.  WickWerks is progressing on their own now, like we want.  Yet, it could have been faster with more success, we think, if a few key things happened.

There is so much more to say about the good things at WickWerks, but most is already in the many articles of bicycle industry publications and WickWerks.com.  Please, read about the awesome products from customer reviews, professional cyclists, and the cycling media.  If you ride, you really should try the shifting. 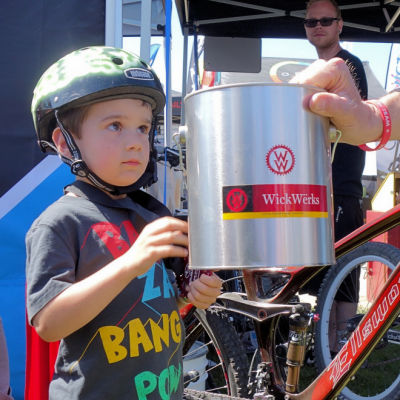 On a personal standpoint, I’m a cyclist, and that makes the success with these cycling products twice as satisfying.  And, the full immersion is totally fun.  At Synthesis, we’re quite proud of the products that came from our Full, Full Service Engineering at WickWerks.  We continue to use them daily.

The above products and all the work are an example of Business Solutions through Engineering Design.  Now,what can you do?  Or maybe more exactly, what can we help you with?

Are you ready to have us help with your next project?  We don’t promise patents, but we do promise the Full Service Engineering spirit for whatever you may need us to do.