Word just in, a new Bicycle Derailleur Patent issue (March 20, 2018) for work we did a few years ago.  One of two passed this week through the patent office and added to the growing Patent List. 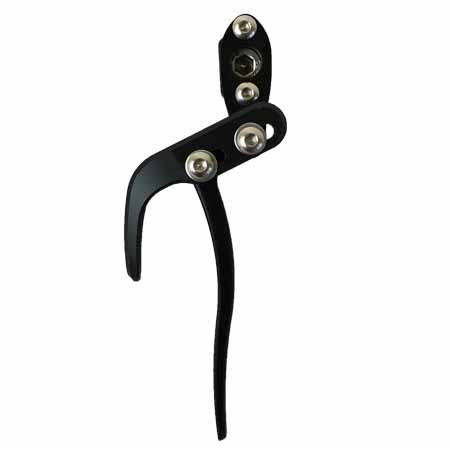 Quoting the patent:  “Embodiments of a front derailleur gear shifting system including various unique chain guides attached to and operating from a single pivot point.  This derailleur system provides a simple, yet, elegant and robust improvement in shifting technique over conventional, lateral motion front derailleurs.  Embodiments of open and closed annulus chain guides having specially shaped lifting and pulling surfaces for acting upon a bicycle chain during shifting are also disclosed.  Additionally, as an optional enhancement, a dual-sided chain catcher that prevents unintended over-shifts in either direction is disclosed.”

Shifting with the new mechanism is different than with traditional bicycle front derailleurs.  Instead of pushing the chain side to side, the new mechanism “lifts” it from a smaller gear to a larger one.  Very cool action as tested in prototype, and very quick response.  Coupled with the also patented Radical Ramp Technology (that we were involved in creating), the shifts are fast and accurate. 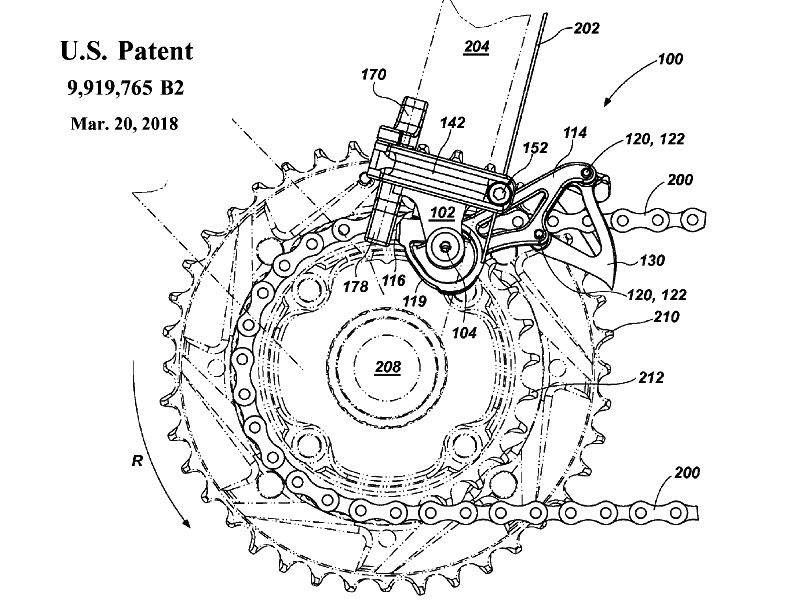 It’s hard to see the full scope of action with this one image, but download the PDF and see the whole thing if you want.  Also see our post about Chainring Performance for a more complete view of the engineering in action. 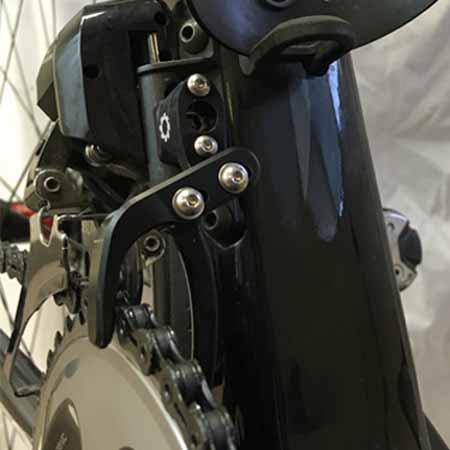 The most famous chain drop was on stage 15 of the 2010 Tour de France as Alberto Contador attacked Andy Schleck.  That said, we thought it appropriate to launch the new device at the 2016 Tour de France.  The photo (right) is a Lotto NL-Jumbo team bike with the Sentinel installation.

The chain catcher is very simple, and also very simple to setup and use.  Below is a video we did for WickWerks talking about setting it up.  (Yes, that’s me in the video.)  Now this mechanism is in the above patent.

At the time of introduction, the Sentinel sold out quickly.  Since then, Synthesis finished the contract with WickWerks, so I’m not sure where they’ve gone with it.  Contact them for more information.

The single pivot bicycle derailleur was to launch 6 months ago (according to the owner who thought it was no big deal to finish), but that has yet to see the light.  Further update, it’s still not available 3 years later.  When it comes . . . . but the patent is still in place.

While innovation is a best business strategy, as we see here, it’s not the only piece that must be in place for success.  We are anxiously waiting for the reveal.

Looking To The Future:

When you’re ready for creative assistance with your products — whether a bicycle derailleur, or something completely different — we’re here.  At Synthesis we specialize in engineering with new ideas.  And, many of them end up with new patents just like these.

All of this is from the creativity right here at Synthesis.  Let us know when you are ready?